Users are given access to contracts via sharing. A user's level of access to a contract is determined by the contract Owner, who sets the user's permission level as described below. 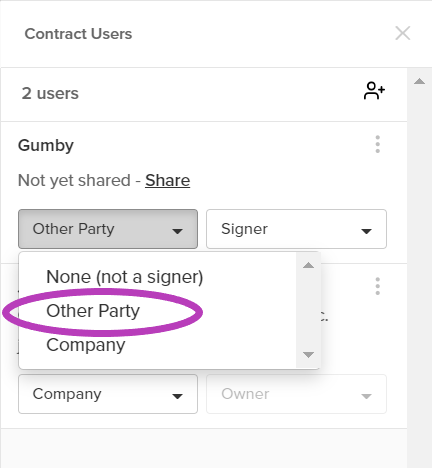 Remember:  you can raise a signer's permission level higher by selecting "Proposer," "Editor," or "Owner" from the second drop down menu: 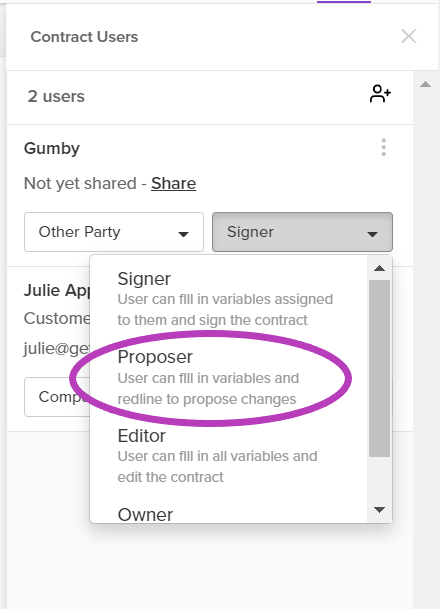 Regardless of permission level selected, a user who is associated with a party will be able to e-sign.