Capture data with variables that don't appear in contract text.

Dynamic variables appear as click-to-fill placeholders in contract text -- but did you know you can create template variables that don't appear anywhere in the contract?

Hidden variables are the same as embedded variables, but instead of being placed throughout template text, they exist behind the scenes, waiting to capture data for purposes of filtering and reporting on your contract repository.

Hidden variables are created in the Elements panel of the Template Editor. In the editor, click "Elements" tab at upper right to open the panel, then create hidden Variables by selecting New. Fill in the relevant information. Since it won't be showing up in the contract, you can skip Display name. (You can also create hidden Party elements, but it's less common): 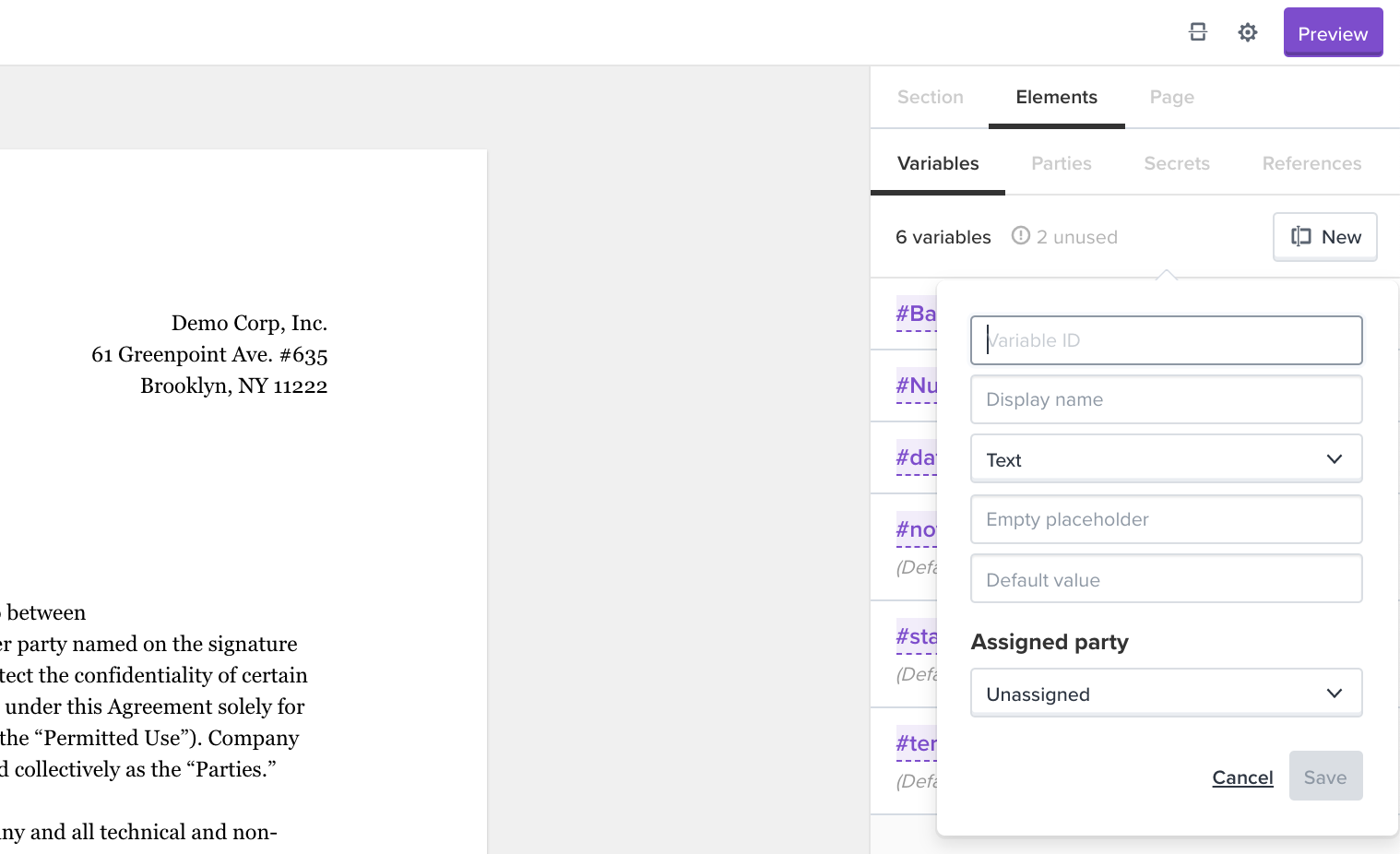 What should I use hidden variables for?

Create a hidden variable for any piece of information that matters to your legal or business operations, but which doesn't explicitly appear in the text of your agreements.

A common example is "Expiration Date." Many contracts expire one year (or other set term) from signing date, so the actual expiration date doesn't get mentioned in the contract, but is crucial to track! In this case, create a hidden variable called "Expiration Date" for your team to fill in during each deal process.

Then you can create a dashboard report to keep track of this key information!

How do I fill in a hidden variable?

When working on a contract, hidden variables appear in the Manage Variables panel which opens at upper right (lightning bolt icon):

Filling them in here saves (captures) this information for purposes of filtering and reporting.

A word on the visibility of hidden variables: users shared on a contract as "Editors" or "Owners" can open the Manage Variables panel. Consider this when assigning user permissions on contracts.

Can I embed a hidden variable later on?

Yes! Once you've created a variable it is added to the running list of Elements that appears at the top right in the Elements panel: 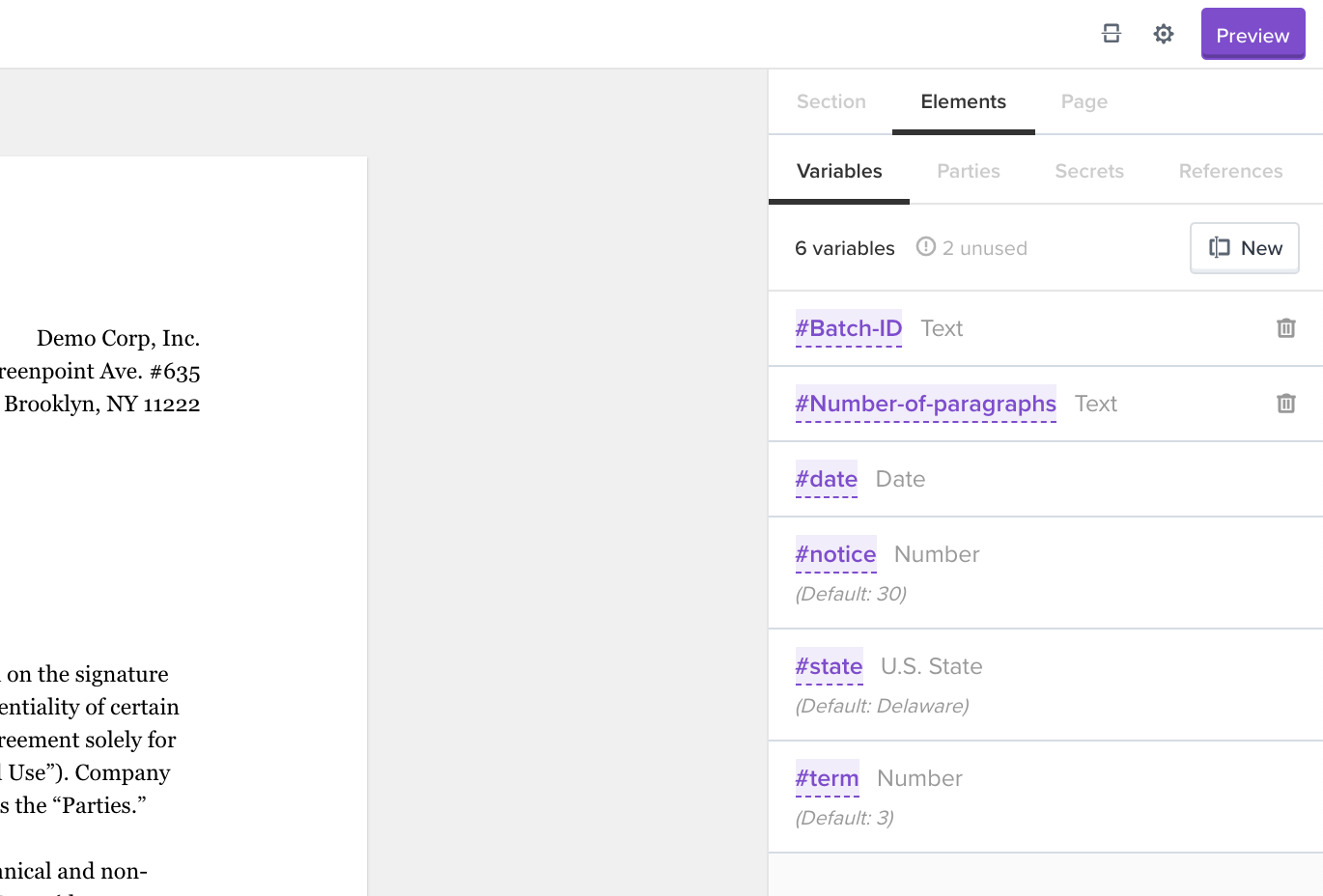 To embed a copy of a variable anywhere throughout the template, simply place your cursor (click) the place in the text where you want to embed the element and then type in " [ " (open bracket). A popup list of Variable, Party, Secret will show up. Click Variable and then find and select the variable from the list. Now your hidden variable is embedded!