Written by Evan
Updated over a week ago

Outlaw enables the bundling of related templates and contracts together in order to support the common deal scenario in which multiple documents need to be shared, negotiated and signed together as a package, while still also maintaining them as separate documents.

As an example, this article will walk through a hypothetical scenario in which a "parent" Master Services Agreement ("MSA") also has two associated Exhibits that need to be bundled together as its "children": Exhibit A is a Non-Disclosure Agreement ("NDA"), and Exhibit B is a Statement of Work ("SOW").

First, the MSA should be setup just like a normal template on Outlaw, with all parties, default users, and variables defined as we normally would for a standalone contract.

The NDA and SOW should also be setup as regular templates, but make sure that any variables (including parties) that you want to be shared from the MSA to the NDA and/or SOW must have identical names.

To closely mimic a common real-life scenario, in our example here, all 3 templates will have same two party names: [@Company] and [@Customer]. The MSA's [#effectiveDate] variable will also be used in the NDA.

Once all 3 templates have been created and activated on the same team, go back into the MSA template and add the two Exhibits.

Each Exhibit can now be linked to its respective template by choosing the "Linked Document" in the Appendix Type dropdown: 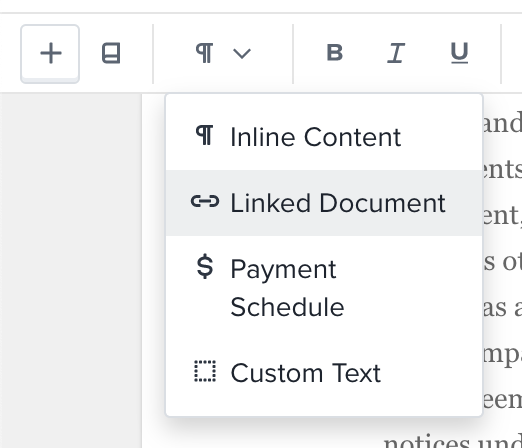 Once both Appendix types are selected, they can be linked to their corresponding templates via a template selector that shows up inline: 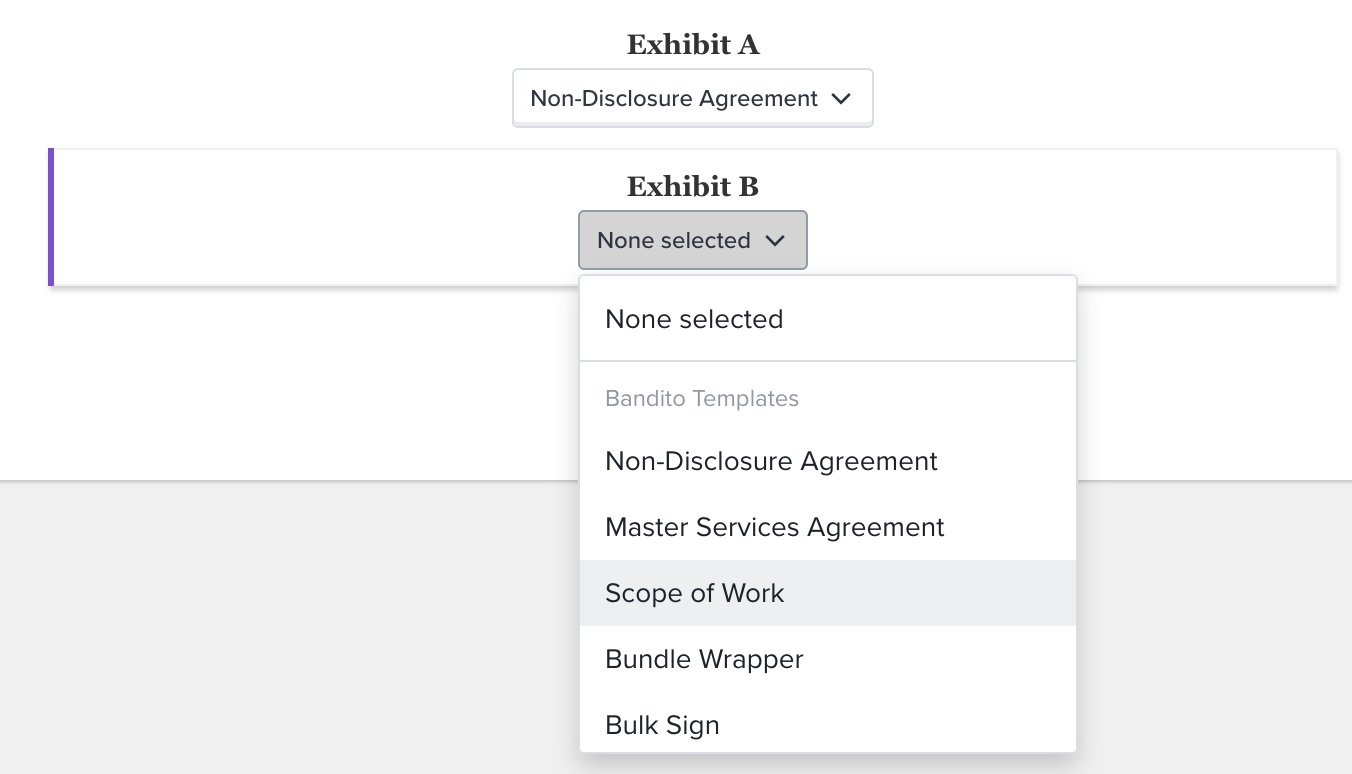 With the templates all setup and linked together, creating a bundle is as simple as creating a normal New Contract from template. However, choosing this new MSA will now result in all 3 documents getting generated and automatically linked together, as well as a new persistent sidebar on the left that shows all of the documents in the bundle and makes for quick navigation between them: 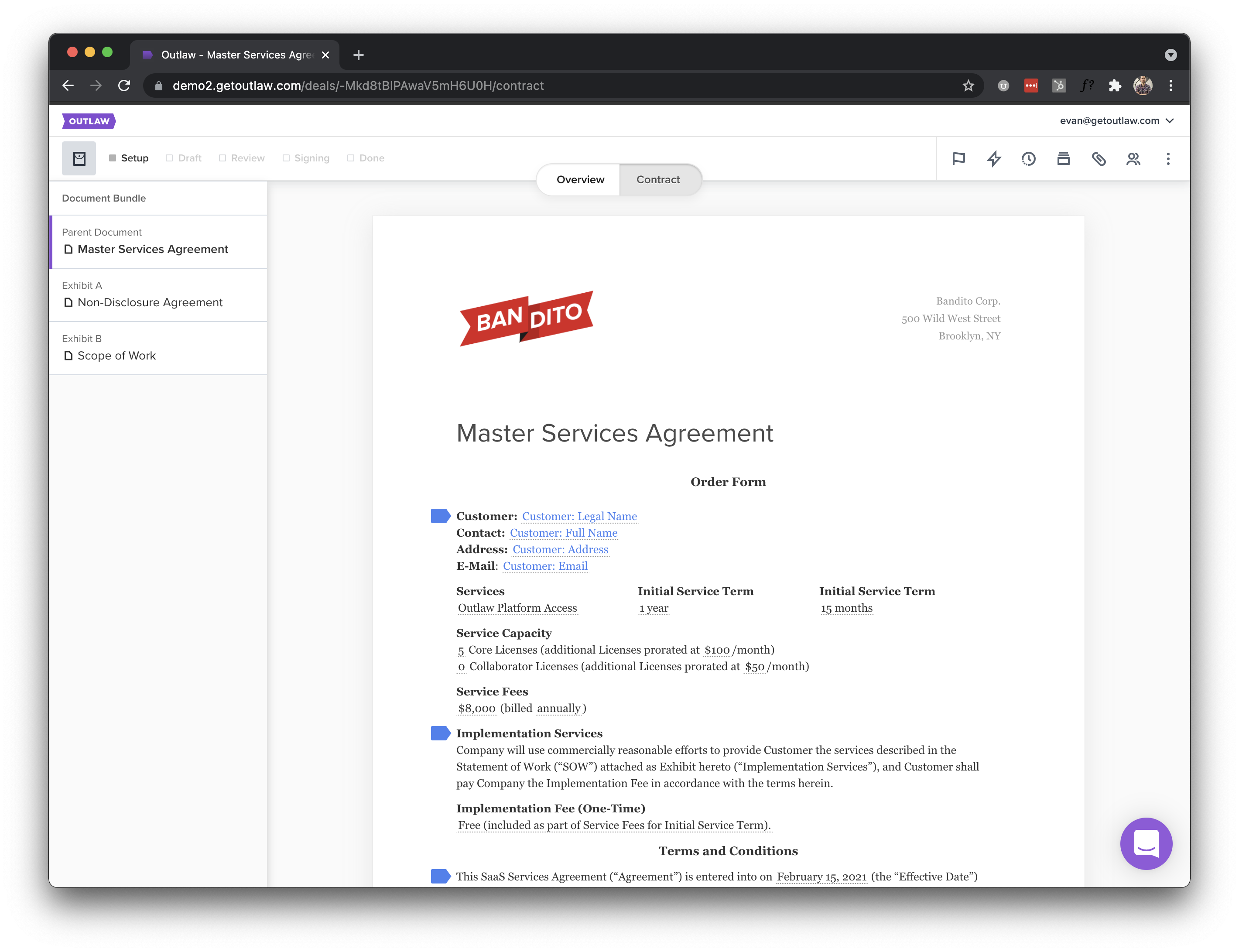 Because the documents in a bundle are all associated with one another, the users and permissions must be synchronized and can only be managed at the parent document level. Therefore opening the users panel on either the NDA or SOW will yield a read-only version: 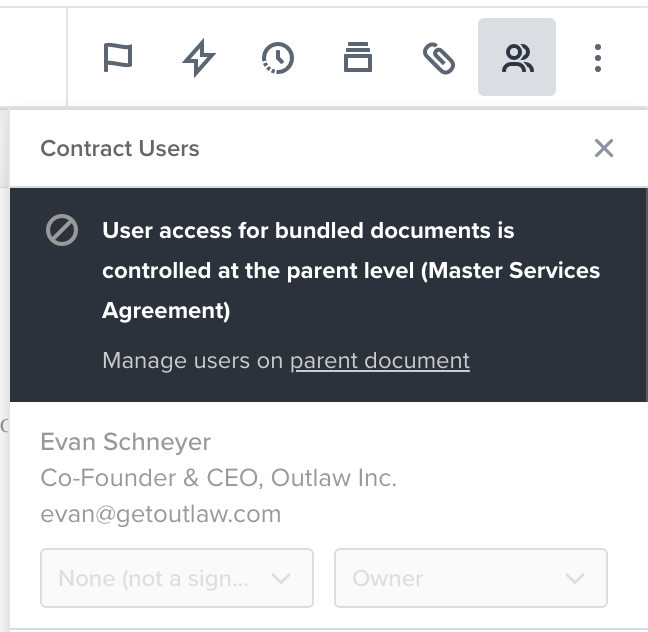 Returning to the MSA (the parent document) and sharing the contract with other users will share the entire bundle, and when recipients accept the invitation they will be given access to all 3 documents simultaneously: 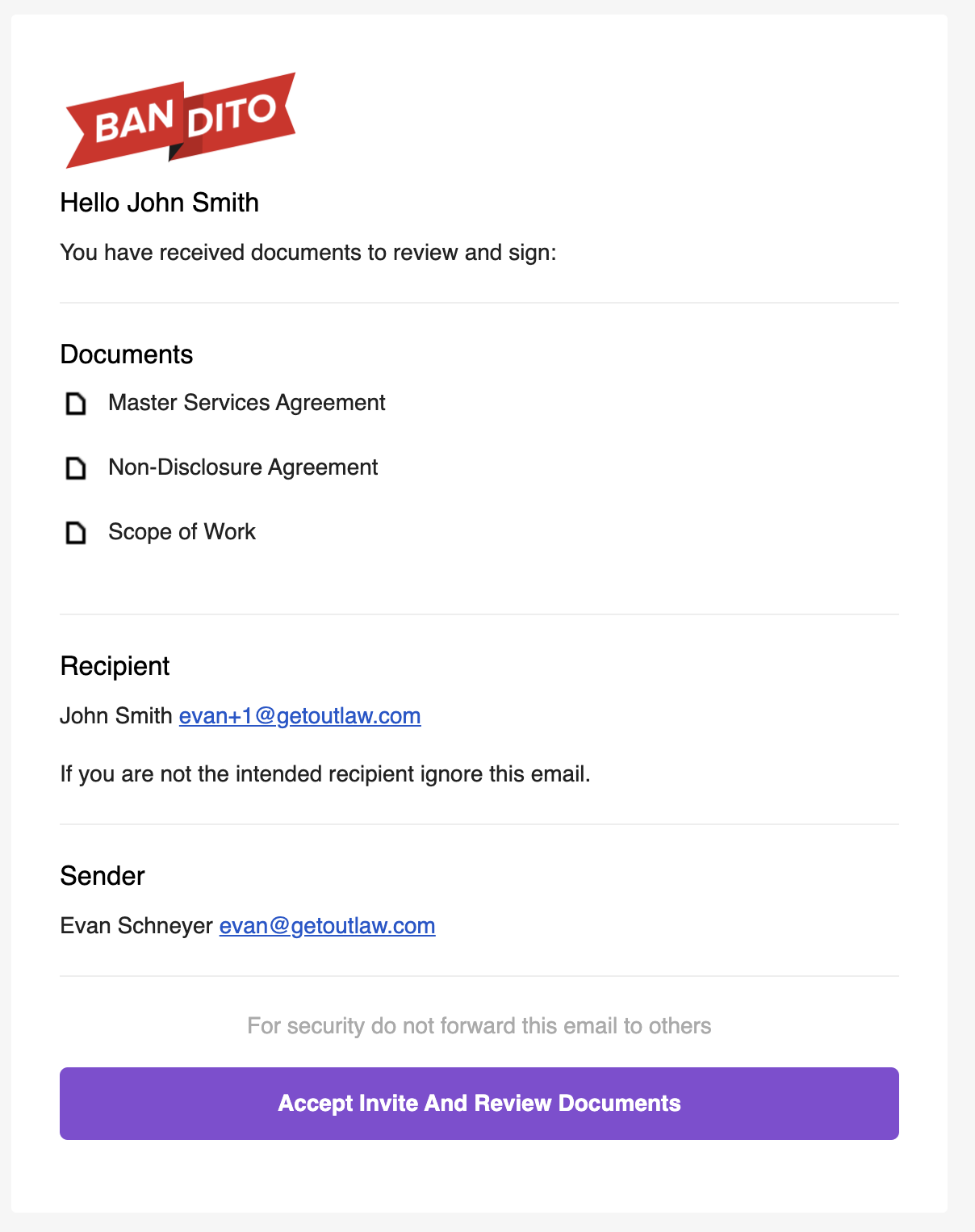 One of the most unique and powerful aspects of bundling on Outlaw is the fact that the parent document's variables are merged into the children's variables, and updates to parent variables are copied to children as well. This means that once the templates are setup correctly as described above, using identical variable and party names, a contract admin can simply fill in the necessary info once on the parent document of the bundle, and these values will be automatically synchronized to all child documents.

Going back to our example above, this means that setting the [#effectiveDate] on the MSA will automatically update it in the NDA too! 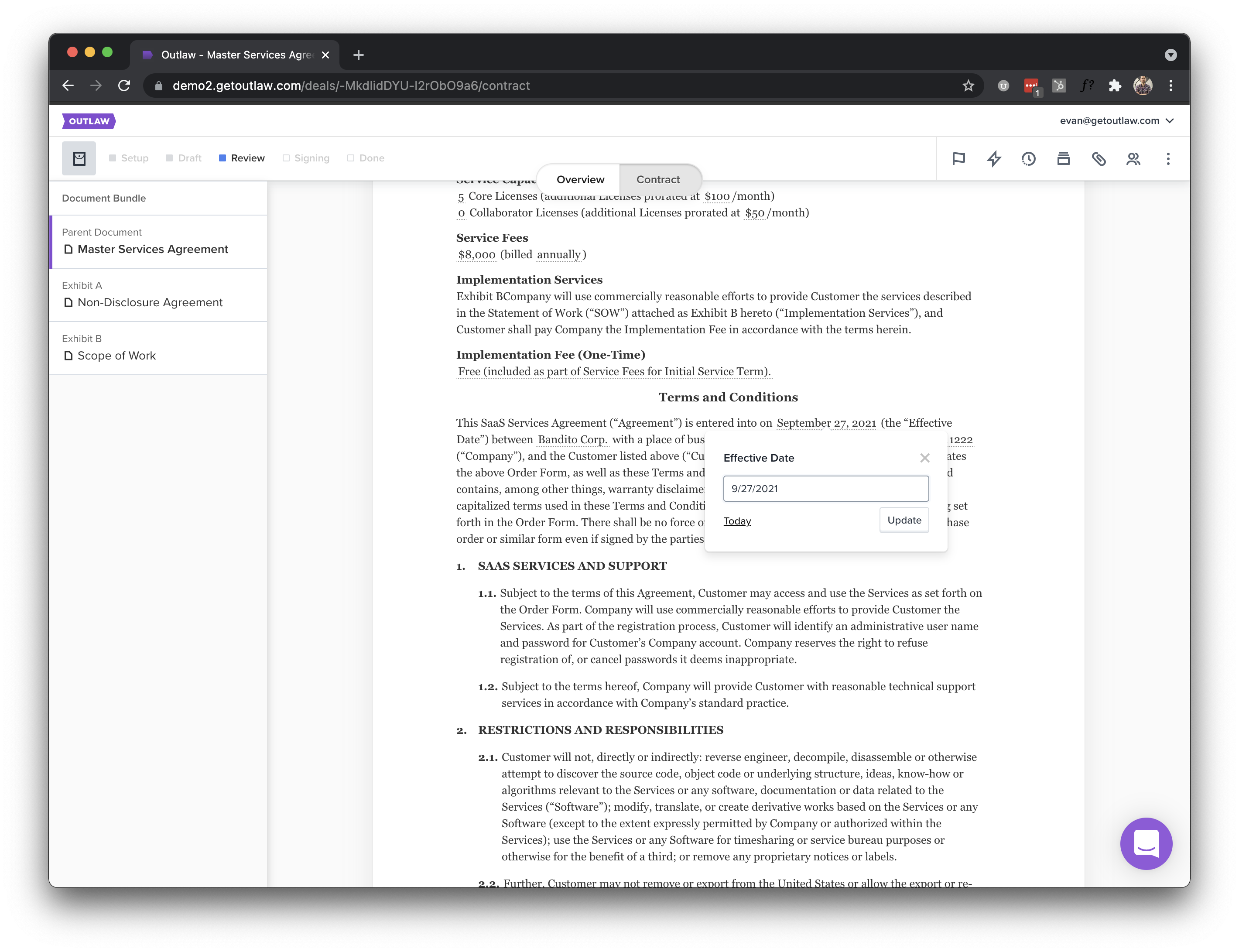 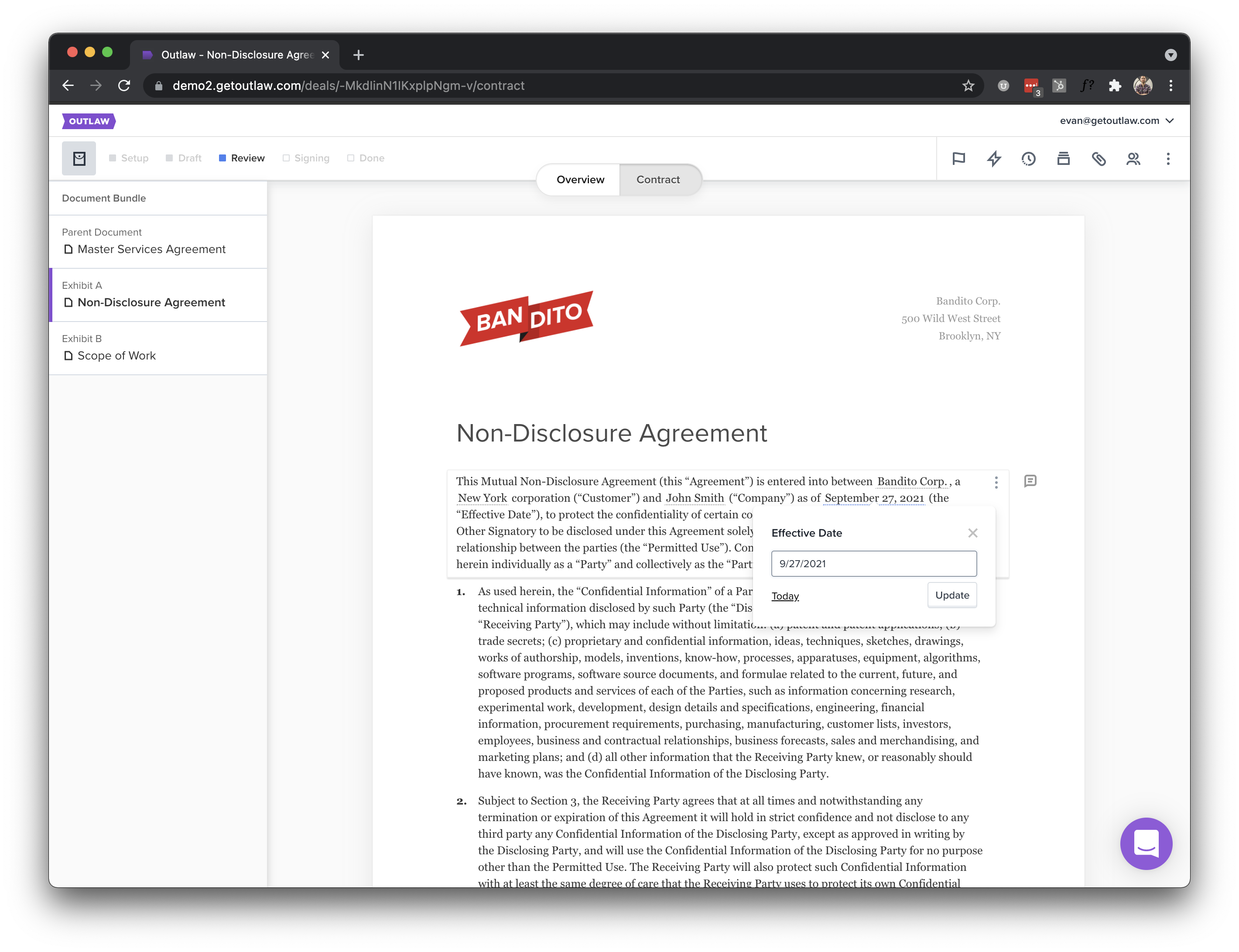